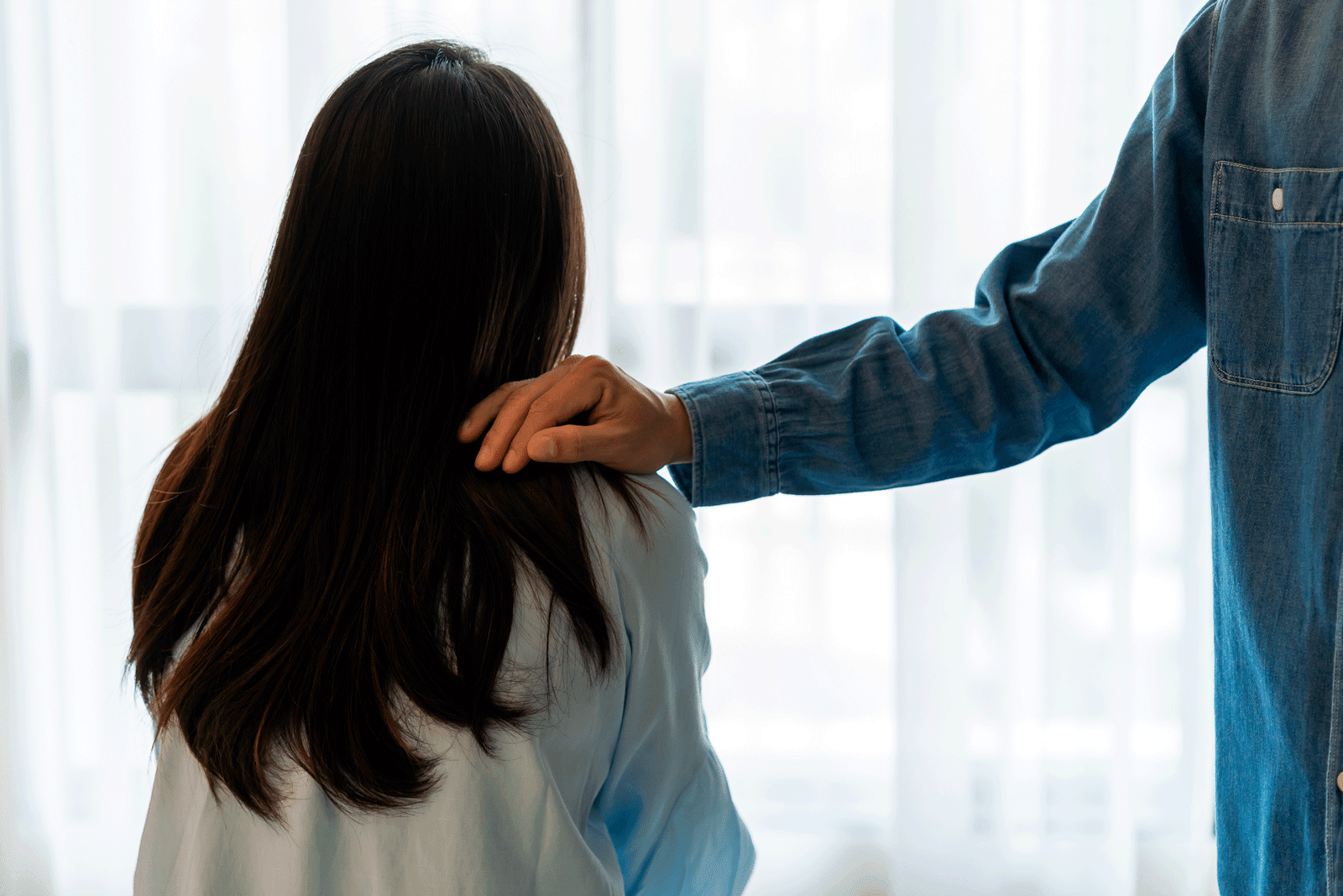 Grief has always been a view in my periphery: around my third birthday, my maternal grandfather died. He was 45 years old. The misdiagnosed blood clot that took minutes to lodge itself in his heart spent decades slowly boring a deep hole of sorrow into my family. When reflecting on his death, until recently, I’d say something about it being “unaffecting” for me at the time – I was a toddler after all – but now having a three-year-old child of my own, I understand that to be a gross understatement of emotion. What I really meant is that the grief around me was so penetrating that it never felt like my own.

Holding other people’s grief can seem like the right thing to do at the time – maybe it can be – but in the same way that there is no hierarchy in birth, nobody is more ‘worthy’ or ‘entitled’ to grieve than another. Pregnancy loss is unique in that many people might share the experience but only the pregnant person is physically, cellularly metamorphosed. This can be hard to navigate if you’re supporting someone through miscarriage and abortion: learning how to hold your own feelings both away from and in relation to is something that comes with self-work and compassion—things we have to learn and practice.

Don’t confuse that with getting ‘better’ at grieving. What’s both interesting and disconcerting about grief is that it hits differently every time. It doesn’t seem to get better with age, time, or experience, and whatever coping strategies work one day might not work the next. We experience it – in our homes and in the media – either sensationalized or completely avoided. The truth is that some days it’s both, neither, or somewhere in-between. My friend, an acupuncturist and birth doula, told me recently: “Grief flows. It has feeling. It has energy.” A fluidity that draws parallels with birth and all the ways we make families—with feeling, with energy.

During both my pregnancies I spent the first three months hiding my nausea, covering my belly, and wondering when my work colleagues would realize that when you add Gin-Gin’s and prenatal vitamins together you get #pregnant. Sure, some of my anxiety was rooted in the realities of navigating a career while growing a family, but mostly it was to do with the age-old ‘rule’ that pregnancy announcements are best made after you’ve passed the first trimester. The American College of Obstetrics and Gynecology (ACOG) states that early pregnany loss, defined as the “loss of a pregnancy before 13 weeks” and also described as “miscarriage” or “sponataneous abortion”, occurs in about 10 of every 100 known pregnancies. It is estimated that pregnancy loss – including people who did not yet know they were pregnant – occurs in about 1 in 4 people. The first trimester milestone is rooted in these statistics.

Of course, we know this ‘rule’ is not definitive. The odds might drastically decrease but they are not completely obliterated. And for better or worse, keeping those first 13 weeks – what can be some of the most challenging weeks of pregnancy – under wraps, can isolate you from support should you need it. Think of your workplace, the parents at the school gate, or your immediate community and 1 in 4 suddenly becomes a statistic that falls much closer to home. It’s no coincidence that not until I started practicing birthwork did I start supporting folks through loss—these losses have been with me all my life, but it’s only now that I can see them.

Everything in the realm of parenting has a spectrum of being and doing in that there’s always more than one way to do something. Our job as birthworkers – and parents – is to be curious about the status quo. Pregnancy loss often comes with felt shame and stigma of having done something wrong and by encouraging folks to make it through the first trimester unscathed, what we’re really saying is that there’s something wrong in not making it. Birth and loss draws physical, energetic, and spiritual parallels, yet we celebrate one and ignore the other. It’s emotional cushioning on a societal level: it hurts to hear. It hurts to hold.

Until we normalize pregnancy loss, we cannot normalize the grief felt by those who experience it—and without that, it won’t always feel safe for folks to receive support. Instead, of those 1 in 4 people, many of them will continue to move through transformational losses under the covers, behind closed doors. Alone. They might take a few days of work only to return anew on the outside and transfixed with grief on the inside. People aren’t born resilient—we learn how to be this way. We learn how to mold our deepest feelings into something more palatable. We learn how to dust ourselves off and try again. It takes a lifetime of work to unlearn that.

Our Story
Our Doulas
Community Code of Conduct

We work and live on the unceded and occupied territories of the Sḵwx̱wú7mesh Úxwumixw (Squamish), səl̓ilw̓ətaʔɬ (Tsleil-Waututh) and xʷməθkʷəy̓əm (Musqueam) Nations. Since time immemorial, the original peoples of these lands have cared for their families and communities. We are committed to honouring their teachings, legacy and their sovereignty.

You have successfully subscribed!