Bringing Amedeo Into the World: A Pandemic Birth Story 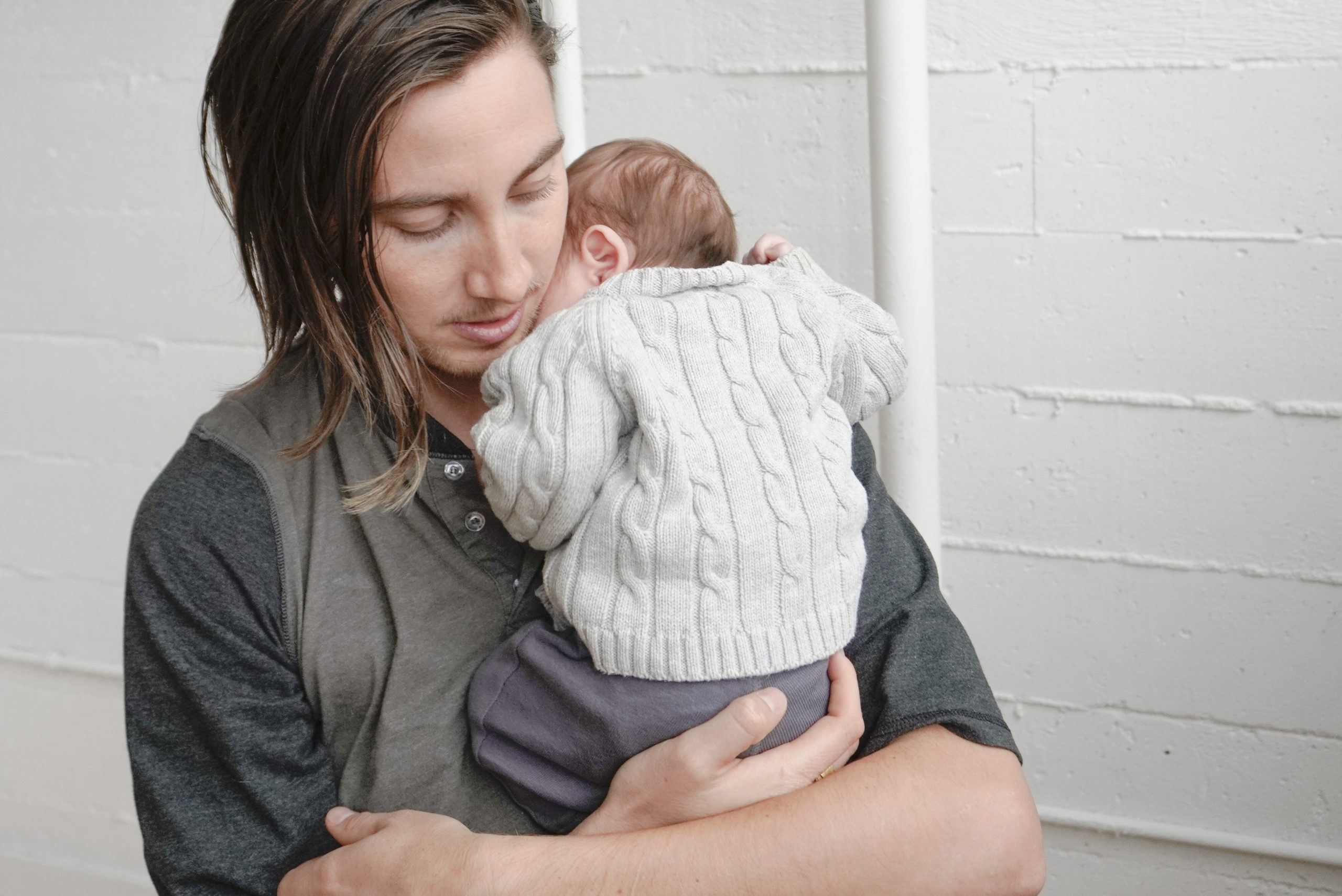 Having conceived in December of 2020 after making a choice to become a solo parent, my pregnancy was as idyllic as possibly could have been (with the exception of that pesky first trimester!).

I chose a long-term friend to be an anonymous donor — it felt important to me that my child would have access to the person who contributed to their genetics, and understand the importance that chosen family and community would play in their upbringing. After many conversations and research over a long period of time, I conceived at home via self-insemination on the first try. Before the test came back positive, I remember thinking I must be pregnant due to an immediate increase in hunger, as well as a newly developed caffeine sensitivity.

About midway through my pregnancy, I met my now-partner. We started out as friends, going for walks in our shared neighbourhood. I quickly realised that there were deeper feelings, but being masked, 6 feet apart, and a pregnant trans person made navigating new crush feelings a strange experience! Luckily, the feelings were mutual, and we began creating a different kind of romantic and family relationship storyline.

My second trimester flew by, anxiously awaiting the first kicks—wondering if the rumblings in my tummy were baby’s movements or just gas! I remember the first time I truly knew it was the baby, as I was sitting in the bath and a golf ball sized shape protruded from my left side; it was very surreal.

As summer weather arrived, I spent a lot of my free time outside and on the paddleboard, with my stomach getting larger every day. I kept up my seawall walks and signed up for an in-person, outdoor prenatal yoga class through Uphoria Yoga, remaining fairly active right up until Amedeo’s birth.

Being pregnant and visibly transmasculine was an interesting experience, as most people just assumed I was a guy with a beer belly, though this became increasingly less believable during the last two months of my pregnancy. In choosing to attend a group yoga class specifically for pregnant people, I chose to challenge the public notion of who gets to be pregnant. While most of the mom’s were “nice”, I definitely felt “othered”, however the owner of the studio and the teacher of the class were both overly welcoming in comparison.

I chose to go on maternity leave one month before my September 7th due date, and was incredibly grateful to have time to decompress and begin to shift gears. I had five glorious weeks of summer freedom.

The last week of my pregnancy seemed to stretch forever. Visits with the midwives confirmed that it was normal to feel like I was going to be pregnant forever, though it also felt like I couldn’t get any bigger! I’d started taking red raspberry leaf tea, and evening primrose oil to nudge my body into readiness. On the evening that my partner and I sat staring out the window of their second floor apartment discussing the feeling of surrendering to the little one’s schedule, they decided to make their way into this world. 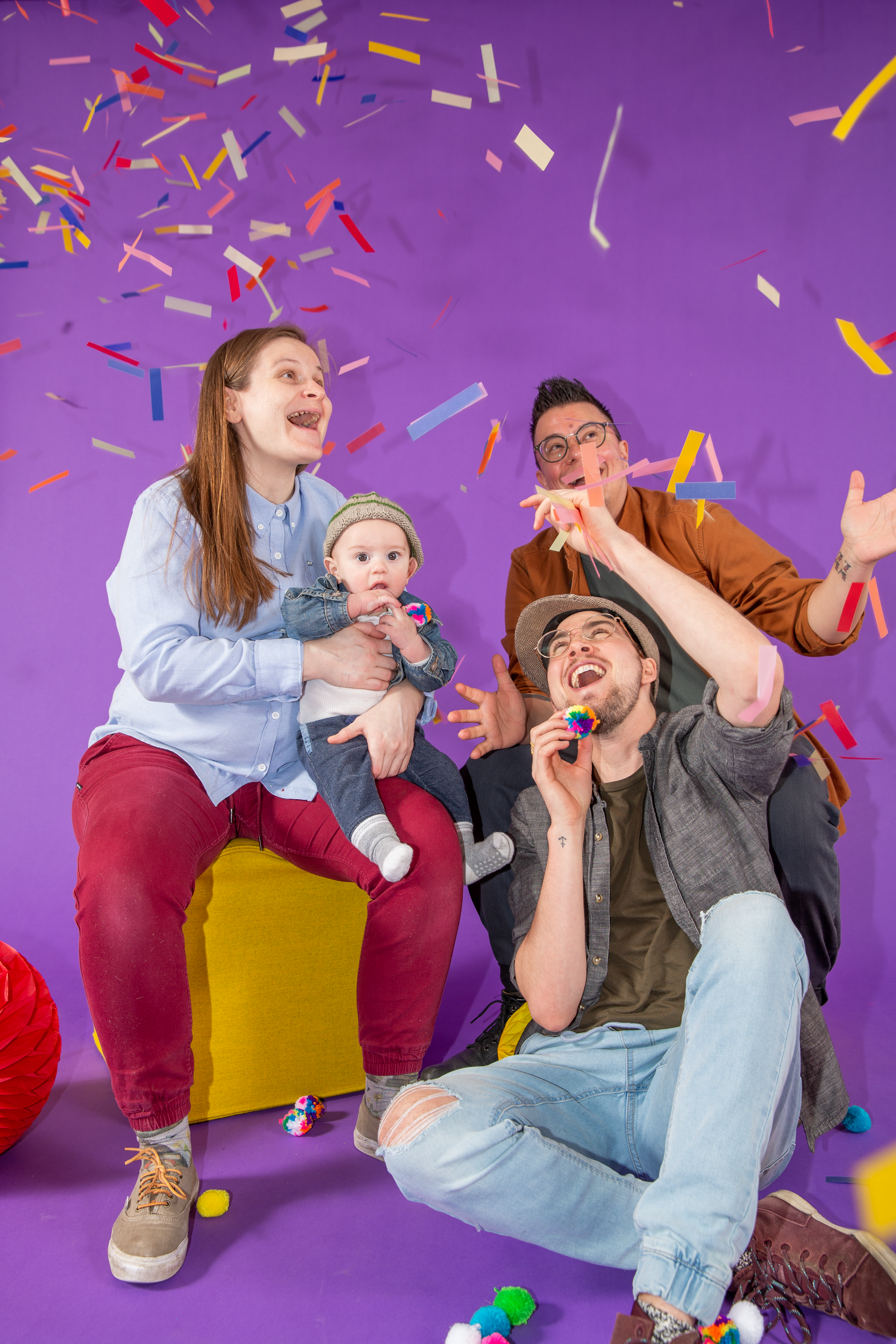 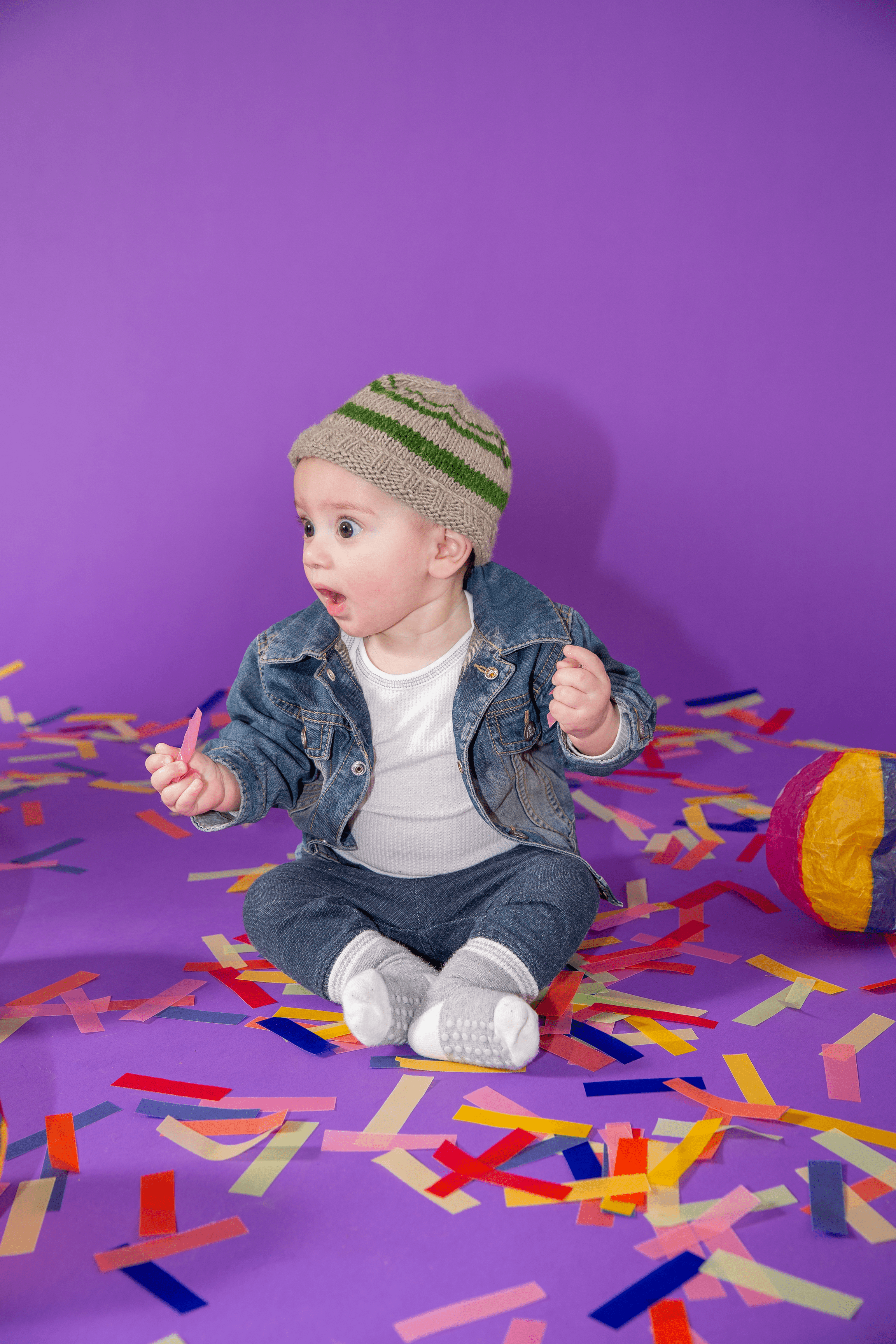 My labour was very short, with my water breaking at the first contraction just after midnight. It all felt quite cinematic, as previously I remember wondering if I would know when my water broke at all. There was no mistaking the flood that came. After touching base with the midwives and my doula, as well as calling my mother, I grabbed a quick shower and called a cab to head back to my house for a home birth. My contractions came way faster than anticipated, and by the time I reached home with my partner, my roommate had only just finished disassembling the living room table to make room for the birthing pool. They got the pool inflated, and by the time my doula arrived, I was an hour into labour. We’d called the midwives who, upon realising the quickness of my contractions, quickly made their way over.

Contractions were some of the most painful things I’ve ever experienced, but the lull between them felt like bliss in comparison. I realised I was afraid of the pain of actually giving birth, but at this point it seemed impossible that anything could be more painful than the contractions. I focussed on the trust in my body, and in my team. I had an internal conversation with my baby, calling them by name and asking if they were ready to join this world, and if we could do this thing together. I remember reaching inside myself, stretching to find the crown of their head, and then with two quick pushes, Amedeo was born.

Every day with Amedeo is a gift. Some of my greatest moments of joy are found in our lazy mornings, as in the last month or so they have really started to smile and giggle and be more aware of their surroundings. Our solo mornings are priceless, as they wiggle around in the bed and stretch and coo. I’m so grateful for this experience.

To learn more about trans and queer focused conception, check out this amazing resource by Moss the Doula called How To Get Pregnant (When Sperm Isn’t Readily Available) Virtual Class.

Our Story
Our Doulas
Community Code of Conduct

We work and live on the unceded and occupied territories of the Sḵwx̱wú7mesh Úxwumixw (Squamish), səl̓ilw̓ətaʔɬ (Tsleil-Waututh) and xʷməθkʷəy̓əm (Musqueam) Nations. Since time immemorial, the original peoples of these lands have cared for their families and communities. We are committed to honouring their teachings, legacy and their sovereignty.

You have successfully subscribed!